Woodfog began as a three piece band in 1971 with Ray Simone on guitar, Dave Sumeray on bass and Martin Lee on drums. They had various musical influences which blended into their own, unique powerhouse sound. Among their musical influences were Cream, Wishbone Ash, Black Sabbath, Genesis and The Beatles. They played local venues in their hometown North London and also toured the country playing universities and clubs and supporting various headlining bands of the era including Glencoe ead more on Last.fm 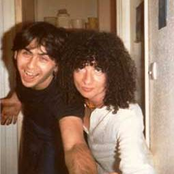