Ryan Green is a New York City based singer, actor, and writer. He was born and raised in Cincinnati, Ohio and his talents were strongly encouraged by his parents. He went to the Baldwin -Wallace College Conservatory of Music in Cleveland and earned a Bachelor of Music in Musical Theatre. After moving to New York in 2002, he booked an agent and small theatre gigs here and there, but also surprisingly discovered a knack for language and learned to speak Portuguese. ead more on Last.fm 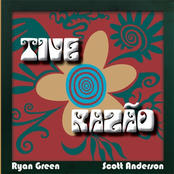