Rahaan has been dropping disco and funky house beats to retro music heads since the 80’s when he and his friends use to dance at the best house parties in Chicago – Rahaan’s home state and most importantly, the place which gave birth to House music. Playing at house parties in Chicago obviously done Rahaan some good, as he is now a successful DJ and music producer in his own right. He recently released Rahaan Edits Vol. 1 and 2 in 2008/9 on Stillove4music record label as well as putting out some remixes on the KAT record label. ead more on Last.fm 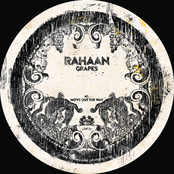 Down Comes The Rain / YCHYC

Sweet Stuff / You Got The Right To Dance