In the early 1970s the pioneering folk band Oak disbanded, but the nucleus of that band went on to form the Old Swan Band, the name originating from music sessions held in the Old Swan pub in Cheltenham. They became key players in the so-called English Country Music Revival, championing tunes mainly from the English tradition, and influencing a whole generation of folk music performers. They played at barn dances and festivals throughout the seventies and eighties ead more on Last.fm

Swan for the Money

Still Swanning After All These Years

The Rough Guide to English Folk

Still Swanning...After All These Years 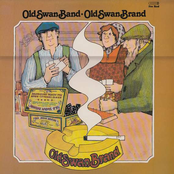 This Label is Not Removable

The Best Of Nina Simone

This Label Is Not Removeable 25 Years Of The Free Reed Label : CD1 Brunel Battersea And Beyond

This Label Is Not Removeable (Disc 2)