Juzzie Started playing the harmonica at 13. By 23 he had won the coveted Golden Harmonica at the Tamworth Country Music Festival, and the Byron Bay Blues Blowout twice. He has in the course of his musical journey embraced and mastered a range of instruments, and absorbed influence from some diverse musical styles. Juzzie has played in a lot of bands, some fantastic and some forgettable, and performed with some of Australia's best musicians, including John Butler, Damon Davies, Jodi Martin and Jeff Lang. ead more on Last.fm

Live At The Zamia Theatre 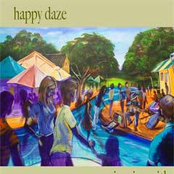 The Hottest Aussie Blues and Roots 2007

6 Down Under Brasil - My Space Session 1

East of Everything, Series 2 (Soundtrack)

East of Everything: Series One

East of Everything Series 1 (Soundtrack Album)

East of Everything Soundtrack [Disc 1]