Brad Vachal and Eric Hedford are two bearded colossi of the Portland, Oregon music scene; one a founding father of the dance scene in the Pacific Northwest with a CV that stretches back to the early nineties, the other an original member of the Dandy Warhols, the relatively sane band in the genius Dig movie. They’ve played together on and off together at Portlands’ legendary disco / funk basement party Soul Stew for nearly a decade, and now they’re making music with each other for Tirk under the neatly assembled moniker Hedford Vachal. ead more on Last.fm 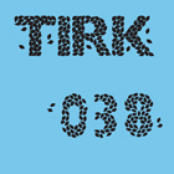