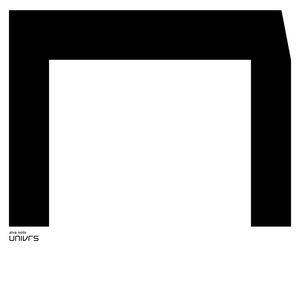 Alva Noto's new album "Univrs" will be released on Raster-Noton on October 17, 2011. The album follows on from and develops the concept of the album "Unitxt" (Raster-Noton, 2008). Whereas the focus of "Unitxt" was on the processing of rhythmic patterns ("unit" = unit of measurement, element) and information ("txt" = data, language), with "Univrs" the focus in on the conceptual differentiation of a universal language ("universum/universal" = unity, entirety). The 14 tracks of "Univrs" have evolved from a live context, hence the approach is more continuous and dense. For the track "Uni Acronym" Alva Noto works again with the French voice artist Anne-James Chaton. The track is based on a number of 208 three-letter acronyms (set in alphabetical order) creating a random narrative. A video for this track is to be released soon. The audio-visual performance of "Univrs" is based on the real-time manipulation of software-generated test images by audio signals. A customised hardware box Unixt box triggers the video signal according to the value of the audio signal. The resulting colour patterns change constantly without repetition. The visualisation of "Univrs" (Uniscope version) - a expanded screen projection setup - on a digital level combines a variety of modules demonstrating different methods of audio analysing. The resultant signal processing is shown as a relay structure and is performed in real-time. Each module can be zoomed in on the expanded screen enabling greater visual detail. The "Univrs" (Uniscope version) was developed with the TouchDesigner software in close cooperation with Derivative in Toronto, Canada. A CD + DVD special edition of "Univrs" along with a standard album release features a video of the live performance of "Univrs" (Uniscope version) performance in Berlin 2011 and the "Uni Acronym" video. It also includes two booklets on the visual concept of the performance and the 208 "Uni Acronym" video stills. The special edition is an exclusive Raster-Noton web shop release. Alva Noto would like to thank Anne-James Chaton for his on-going inspiration, Martin L. Gore for providing a sample for the track "Uni Rec", and Daniel Miller for advice and support. The album was mastered by Rashad Becker at Clunk, Berlin. User-contributed text is available under the Creative Commons By-SA License; additional terms may apply.