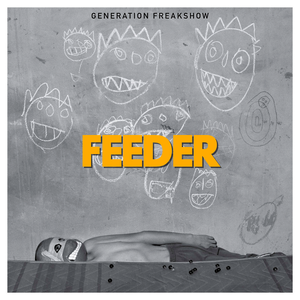 Generation Freakshow is the forthcoming eighth studio album by the Welsh rock band Feeder. It was set to be released on 26 March, 2012 but was delayed until 23 April 2012. It was due to be the second in a series of two albums released in 2010 by the band, following up previous album Renegades. However, the band decided to hold more recording sessions for the album, leading them to delay the album until 2012. In an interview with The University Observer, Grant describes the new album: "Its eclectic, much more eclectic than the Renegades album... "Its definitely a more commercial record. I think if you liked Comfort in Sound and you liked Yesterday Went Too Soon, then I think you’ll like this album" ... "There are some real tunes on this and some anthems; there are some rocky moments as well". Grant also revealed in the same interview, that there will be rock songs and melodic songs on the record. User-contributed text is available under the Creative Commons By-SA License; additional terms may apply.