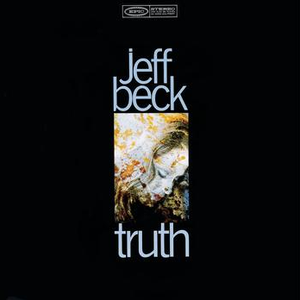 Truth is the debut album by The Jeff Beck Group, released in 1968 in the United Kingdom on Columbia Records and in the United States on Epic Records. It introduced the talents of Rod Stewart and Ronnie Wood to a larger audience, and peaked at number 15 on the Billboard 200. After leaving The Yardbirds in late 1966, Jeff Beck had released three commercial singles, two in 1967 featuring Beck on lead vocals, and one without vocals in 1968. All had been hits on the British singles chart, and all were characterized by songs aimed at the pop chart on the A-side at the behest of producer Mickie Most. Harder rock and blues-based numbers were featured on the b-sides, and for music on the album, Beck opted to pursue the latter course. Recording sessions for the album took place over four days, 14-15 May and 25-26 May 1968. User-contributed text is available under the Creative Commons By-SA License; additional terms may apply.