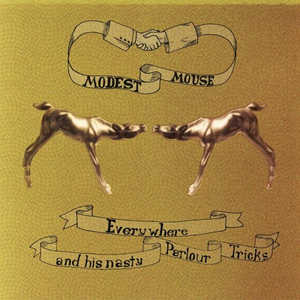 Everywhere and His Nasty Parlour Tricks is a 2001 E.P. by the indie rock band Modest Mouse. It collects the earlier Night on the Sun EP along with unreleased tracks from the recording sessions for The Moon & Antarctica, but leaves out Jeremiah Green speaking in Japanese It was released on Epic Records on September 25, 2001, on both CD and vinyl LP. User-contributed text is available under the Creative Commons By-SA License; additional terms may apply.